The legend goes to Da Lat to break up

In Dalat, every season is beautiful, every season is dreaming, so many hearts cannot stop. In my free time, I just want to carry my backpack and go to Da Lat. When I’m tired, I only think about Da Lat. Though romantic and contain so much love of visitors, there is a truth that every time mentioning to Da Lat, people will think immediately: the curse of breaking up when going to Da Lat, especially couples. So going to Da Lat to break up really? Why go to Da Lat to break up? No one can assert the true or false of legends because legends are still mysterious things. There have been people who went to Dalat with their lovers to break up, and sometimes the feelings became more attached. Although they do not know what is right and wrong, it also makes many couples wary when they want to go to Dalat together. And here are 7 places that have been rumored to go to Dalat to split couples can consider before coming.

7 places couples should avoid if they do not want to “curse” come true: 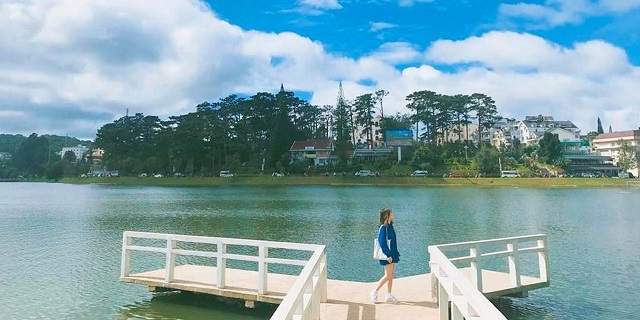 The Y-shaped bridge located on Ho Xuan Huong Street is one of the places with a romantic setting that many people choose to check in when coming to Dalat. Although it is a favorite tourist destination, this is one of the Da Lat tourist destinations associated with the story of going to Dalat to break up . True to the name of the bridge Y. This bridge is designed to have an inward direction but is then separated into two branches and facing two different directions. Many people tell each other about the love story being turned sometimes couples love each other to this bridge. Do not know if the rumor is true or not but “abstinence is good”, couples who love each other if they are afraid to break up in Dalat, please avoid this place. 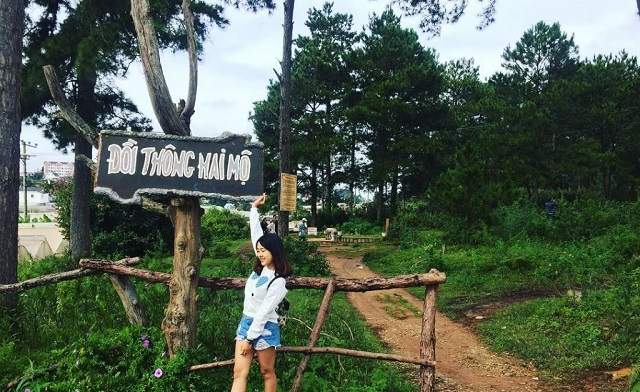 Located about 6km from the center of Dalat city. The two-grave hill is one of the romantic destinations in Da Lat, but it has been labeled the “farewell to farewell” to Dalat . Because this place is associated with a true love story between a girl who is a literature teacher and a student. The legend of the two-grave hill said: “The two lovers, but due to the difference in circumstances, were prevented by the boy’s parents and forced him to marry another girl with a more suitable family background. The girl, when she learned that the one she loved married to another, was extremely sore, she sank herself to the lake and lamented nearby. Her body after her death was buried in Doi Moi Hai Mo. The young man returned to Da Lat some time later when he learned that his beloved daughter was gone. He went to the grave and cried for a long time before deciding to enlist in the army. At the battlefield he was seriously injured and did not survive. Before losing the young man, he had a wish of bringing his body to buried in Da Lat next to the tomb of the girl and giving them a stele to keep the gratitude. On the shared tablet were the lines of poetry in his diary. “

It is also because of that unfinished love story that Hai Mo pine hill in Da Lat became the place where the curse of going to Da Lat about the heaviest parting that a loving couple should avoid. 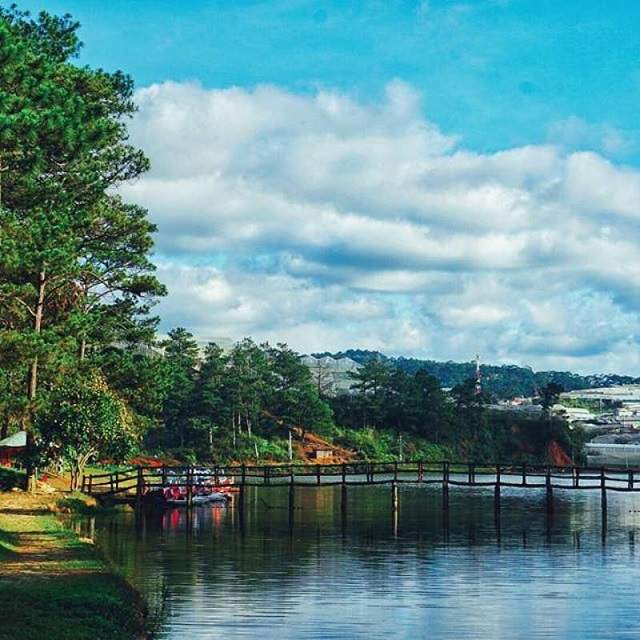 The lake is beautiful and calm, like someone else’s whining

Than Tho Lake, also known as Suong Mai Lake, is a clear, clear lake near Hai Mo pine hill. This is also one of the destinations that “warned” couples should not go to if they are afraid of going to Dalat to break up. Than Tho Lake is not only a place where the daughter immerses herself in a love story in Doi Thong Hai Mo, but it is also associated with the promise of a love story in the 18th century:

It is a love story between Hoang Tung and Mai Nuong. During the war, Hoang Tung followed the army of Nguyen Hue cloth army to go to war. Before going away, the two of them made a promise on the bank of Than Tho Lake. The boy went away leaving an appointment to spring, when the cherry blossoms bloom, he will bring the news of the victory back. At home, waiting, hearing the news of his lover, the girl was sad and threw herself at the lake complaining of suicide. But the truth is that the boy is not dead, he returned to find Mai Nuong in the right cherry blossom season in Dalat, but the lover is no longer there. He was desperate and committed suicide by the lake of Than Tho to be with his beloved forever.

Today, this place is called Lake Than Tho tourist area, a place with beautiful natural scenery but always quiet, melancholy as its name suggests.

Just hearing the name only feel that this is not an ideal place for couples in love in Dalat. In Da Lat, there are two most famous lonely pines: Thien Phuc Duc pine and lonely pine near Suoi Vang lake, Lat commune, Lac Vuong district, Da Lat. Both pine trees are “warned” not to go with your lover. Why is that? “Because it is a lonely pine tree, if you have found your other half, you should not come to find lonely pine tree in Dalat. They will make you more lonely. ” Those are the warnings of a friend who went to Dalat to share. There is no evidence to prove it, but people still believe it. The best way you should still avoid it. 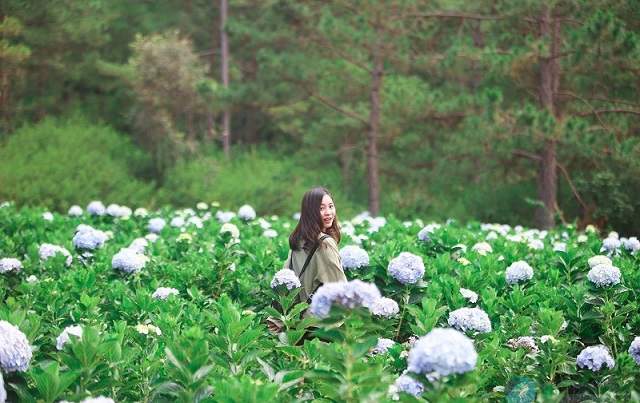 Dalat love valley has many flowers, including the flower symbolizing love – Mimosa

Dalat Love Valley is located about 6km from the city center. It has a poetic scenery, surrounded by lush green pine forest and there are many beautiful blooming flowers. The curse of love valley in Dalat also comes from one of those flowers.

Mimosa Flower – one of the beautiful flowers, symbolizing the purity of the girl in love. Mimosa flowers associated with the legend in Australia have two passionate lovers but are prevented by the family, the boy decided to seek death to prove his love. The girl of so much pain died in the person she loved. Where the two died later grew a wild flower with yellow flowers and green leaves. Later it was named Mimosa flower. In the Valley of Love in Dalat, this flower grows a lot, so couples who are afraid to go to Dalat to break up , avoid this place. It is a lake with a special blue color due to rain and water courses. Awesome Love Coc is a destination that makes virtual life can not be missed. Although many times closed as well as drained water to ensure safety for visitors. However, up to now, the passenger car services to Tuy Tinh Tinh Coc are still in operation to take tourists here to take photos to check in. Although it is no longer officially opened, this place is also one of the destinations that are labeled farewell in Dalat that the couple should note. 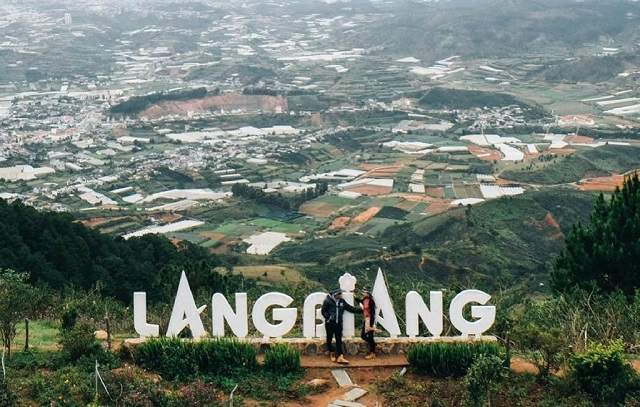 Langbiang is associated with the love story of Lang and Biang

Langbiang is the last destination in the list of 7 places that bring rumors about going to Dalat to break up . Langbiang is a high mountain range located about 12km from the center of Dalat city. It has charming scenery as well as attractive view from above. Although it is a favorite tourist destination in Dalat, this is not an ideal destination for couples to visit. Langbiang is associated with the love story of Lang and Biang. Lang is the chief of the Lach tribe, Biang is a beautiful and beautiful girl of the Sre tribe. The two fell in love with each other but because the two tribes had resentment before, their love was forbidden. Because they loved each other so Lang and Biang decided to stay together until their last breath. They sat together day after day and turned into statues. Their love has dispelled the hatred of the two tribes and Mount Langbiang today is a testament to that.

Today, Langbiang is a tourist area chosen by many visitors. Most tourists who visit Da Lat often do not miss this attractive tourist destination. Up to now, there are still statues of Langbiang and Biang in the legend on the top of Langbiang.

Rumors are still rumors and Dalat is always a destination with no signs of cooling off. The couples who love each other to go back to Dalat in Dalat are just rumors. With an attractive place like Dalat, you should not miss it. If the couple is afraid of breaking up, just avoid going to 7 locations that Vntrip summarizes above <3. Wish you have a great trip in Dalat with your loved ones. Do not forget, book now homestay, cheap Dalat hotel on Vntrip to get the most attractive deals.

Da Lat is known as a fairy-tale place, a muse to the souls of artists with the desire to be in tune with the...
Read more
Da Lat - Lam Dong

1. Bread with shredded pork As the name suggests, the tender bread is simply a bowl of soup served with hot, fragrant and crunchy bread....
Read more